David Woodside is a singer/song writer from Kensington, Prince Edward Island. Influenced by many acoustic rock artists, David has branched off to his own version of acoustic rock using hammer-on chords and slides. His lyrics are influenced by his past, present and future and tell the story of how he came to be where he is now. David has released one CD titled “Amber City” and has started recording a second album 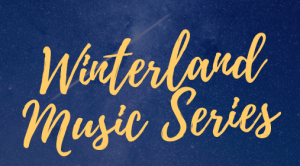 Read more
Jan
29
Sat
Winterland Music Series- Maxine MacLennan & Norman Stewart
Tickets
Jan 29 @ 3:00 pm – 5:00 pm
Maxine MacLennan is no stranger to music fans across Canada. She has performed extensively throughout Canada and parts of the United States doing shows and high profile showcases for music industry events. She has been a guest on television shows including the East Coast Music Awards (CBC), The Country Beat, (CBC), Up and Coming (ATV), Breakfast Television (ASN), The Tommy Hunter Show (CBC), That Country Feelin’ (MCTV), The Joan Kennedy Show (ATV), and many many more.
Maxine’s latest release, Pieces of Me, magically captures ten all original compositions in her own vocal style. The songs are all from the heart and written about the special people and places in her life that have impacted her in some life changing way